5 Secrets to Building a Team of 5-Star Employees

The Growing your Team Podcast: Episode 121

Many employers fall victim to a hiring process that uses the “most popular interview questions” based on articles found on Google. Typically, these questions are ineffective, produce highly rehearsed answers (based on what they think you want to hear and not their actual skill), and can cause candidates to be hired that don’t align with your company’s standards, values, or needs.

5-Star Employees are out there. You just need to know the proper process for finding them.

Danielle Mulvey takes us through her model of finding 5-Star employees so you can build a team that fits your business’s needs. When you put time into the hiring process and in your role as a leader, you’ll be able to see a great payoff.

In this Episode You’ll Hear:

Danielle Mulvey is a former flight attendant-turned-entrepreneur who has cracked the code on recruiting and retaining what she refers to as “5-Star Employees”: game-changing, dedicated, hardworking people who make big plays and get real, consistent results. Never one to settle for average, Danielle has scaled her several companies to over $50 million in annual

revenue while spending less than 10 hours each week overseeing their operations. Danielle’s own team of trusted 5-Star Employees provides her with the freedom to spend the rest of her workweek guiding other entrepreneurs through podcasting, workshops, and community curating.

In addition to running her companies and assisting other entrepreneurs, Danielle is the Chief Curator of The ALL INCompany Community, which strategically advises other entrepreneurs on attracting and hiring 5-Star Employees. She has been developing, testing, and sharing these ideas for more than 10 years now, with a staggering 90% success rate! Danielle attributes this success to her undeniable gift to identify and nurture 5-Star Employees. She knows that in order to succeed, leaders need to get comfortable with the uncomfortable and go all in on their employees, who will reciprocate and go all in on the company.

That’s not all – Danielle also authored the book The Rapid Real™ Guide to The 5-Star Employee Rating System, and is currently co-collaborating with Wall Street Journal best-selling author Mike Michalowicz on a new book, to be released in Fall 2023, tentatively titled ALL IN: How to Get Your Employees to Act Like Owners. She also hosts the popular show Profit First Nation, the official podcast for Profit First.

How to Connect with Danielle Mulvey:

Clockwork: Design Your Business to Run Itself by Mike Michalowicz – https://amzn.to/3qidZUP

Ep23 – Why You Need to Ask Behavioral Interview Questions 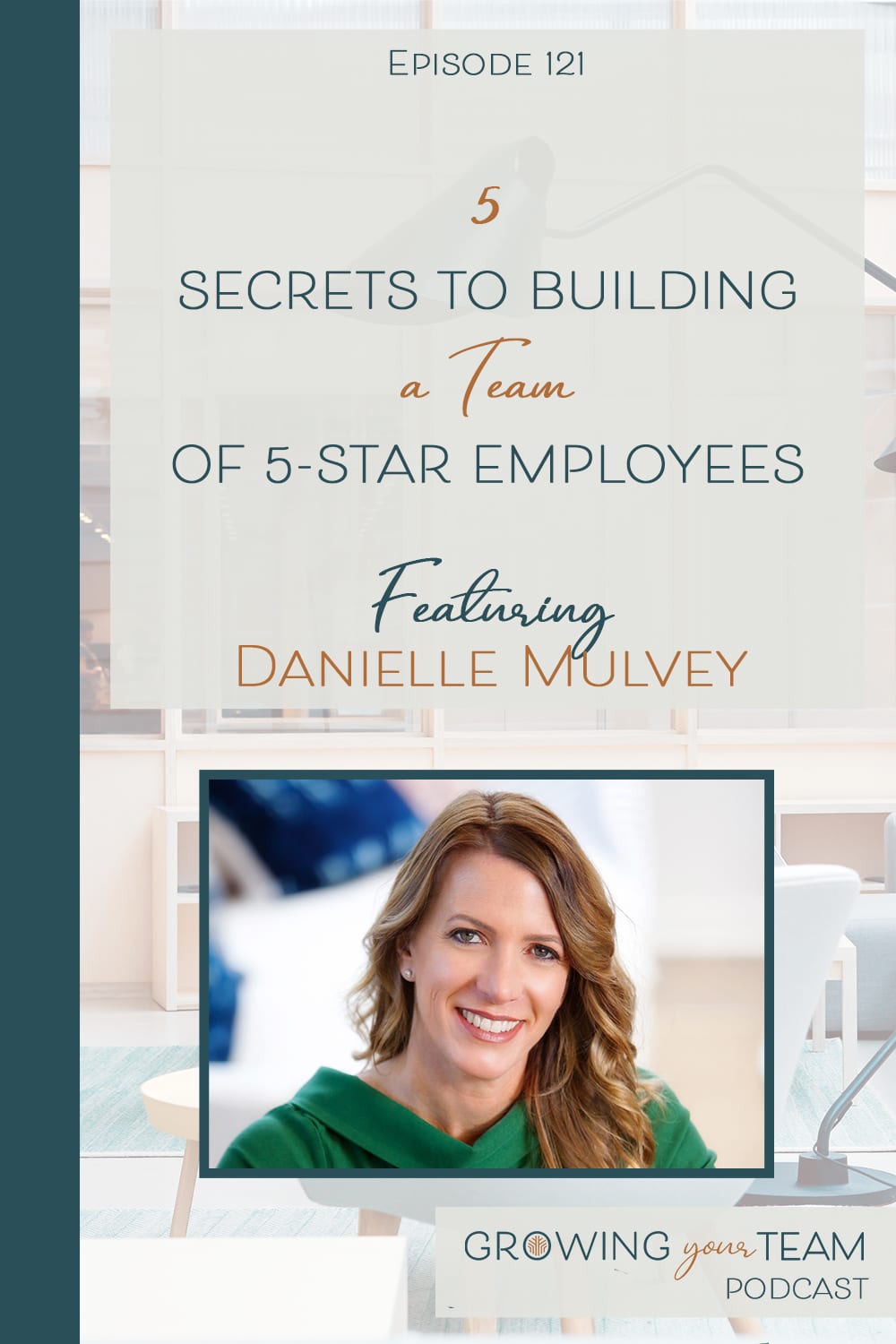